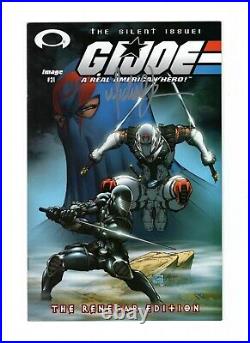 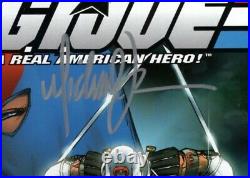 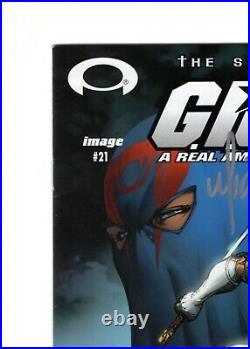 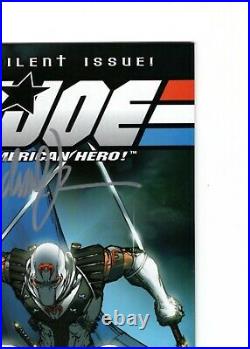 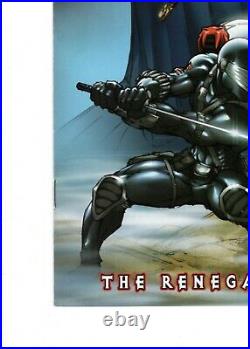 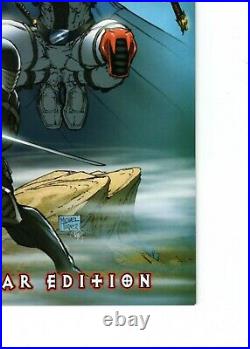 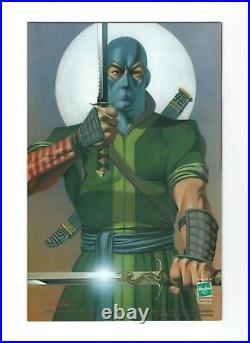 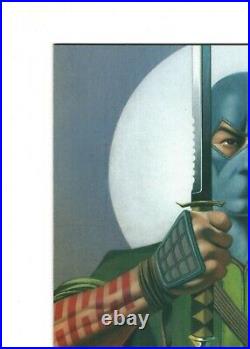 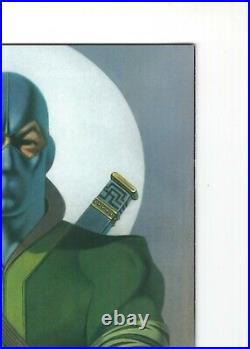 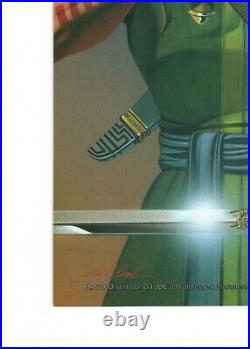 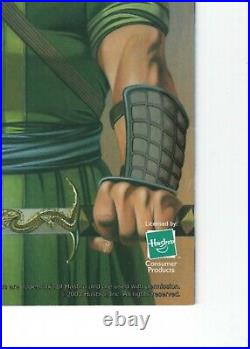 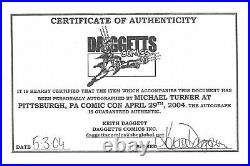 JOE #21 RENEGAR EDITION SILVER FOIL VARIANT COVER FROM GRAHAM CRACKER COMICS SIGNED BY MICHAEL TURNER VF/NM COA SNAKE-EYES STORM SHADOW. Joe Vol 3 #21. Graham Cracker Comics Exclusive Renegar Edition Foil Cover by Michael Turner. Limited Edition of 500 Copies. Written by Josh Blaylock. Art by Mike Zeck. Joe is the code name for America’s daring and highly trained special mission force. It’s purpose: to defend freedom against COBRA, a ruthless terrorist organization determined to rule the world. THIS ISSUE: For the first time in over a decade! The events in issue twenty lead to the Snake-Eyes and Storm Shadow showdown, and MIKE ZECK is going to bring it to you. We reunite the superstar team of Zeck and inker John Beatty, to bring you what looks to be one of the most popular G. JOE issues in years! When Storm Shadow broke free the Cobra’s mind control, Snake-Eyes, Kamakura and William rushed to help him, but they arrived seconds too late. Cobra got there first. Now, with William severely wounded, and Kamakura down for the count, it will be up to Snake-Eyes to save his friend and take out Cobra Commander. This listing is for one copy of G. Joe Vol 3 #21 Graham Cracker Comics Exclusive Renegar Edition Foil Cover signed by Michael Turner. This item is in VF/NM Unread Condition and comes with a Certificate of Authenticity. This item is in the category “Collectibles\Comic Books & Memorabilia\Comics\Comics & Graphic Novels”. The seller is “bmore_collectibles” and is located in this country: US. This item can be shipped worldwide.